Andy has made a post titled “CMM and Repeatable Process” and challenged the advocates of repeatable software process whether they can create define repeatable processes for creating a hit movie, as they have done for developing software.

So given that they're very similar activities, I challenge advocates of repeatable software process to show me a process that will work for hit movies as well.

It is true that both activities need creativity and lot of team work, etc… However I see one difference (there can be many) which makes both quite different. When it comes to software project, the user requirements can be captured, or there are various techniques like prototyping to capture user requirements. However for a movie the people who watch it are the users, and in my opinion there is no way to capture their requirements. It’s more like gambling trying to guess what the viewers like to see on the screen.

In software development even if all the requirements are not captured, in the next release, those can be accommodated, but movie just has one cycle to get it right.

Thus I vehemently believe that one cannot compare the process of moviemaking to that of software production. It would be a bit unfair to challenge someone to come up with a process that will ensure box office hit movies because they can’t be compared on the same grounds. Software development is not a gamble as long as u do things right, but movie making is because you never know whether you are satisfying viewer requirements because in the first place you never got the requirements from them.

He who gives when he is asked has waited too long. ~Sunshine Magazine

Psychology asserts that people will help based on two criteria: either they

1) Help to reduce their own discomfort.
2) Help out of care and concern for the other.

One could raise the question why he/she has to go behind friends helping them day in and day out as there is no such obligation to one another. One could always say “Why should I? “ and get off the situation, to think of it is quite a valid question which cannot be answered easily. What could one say in return? “Because we human beings are supposed to help others to book our places in heaven or have a better life in the next life of ours?” or “Because friends are supposed to help one another?”. Don’t they sound a bit stupid ???

Of course yes, there is no hard and fast rule that one has got to help another but on the other hand what is life without being of some assistance to the those around you? We just whither away like a flower on this earth of ours and it’s only the help the helping hand that we extended that lives on.

Help has to be something that comes from the bottom of our hearts expecting nothing in return. It at least should begin with family and friends. The “Why should I?” syndrome would only win you glory for a spur of a moment where you feel there is no answer to your question but is not going to take you anywhere in life !!!!

Did you know that Microsoft had patented “Double Clicking”? Hold on, fortunately it’s a hardware patent rather than a software patent.

Moving into an apartment : The Other Story

Recently Chooties and I moved into an apartment together here in Palau. Whenever an implementation team goes overseas, and when an apartment is shared, it’s always the case the responsibilities are divided among the guys who share the apartment. This time was no different, as soon as we moved in, the questions came up, “how are we going to handle the washing of dishes?”, “the Cooking?”, “Cleaning?”, etc. Mostly adopted solution by our guys is taking turns at things or dividing the work among them.

However it struck me that, if Semler can bring democracy in Semco, the most unusual multimillion dollar work place in the world, and at the same time be profitable, why we can’t implement the same democracy in our apartment. Semler built a company where no one had any job description, everyone decides their own salary, and subordinates decides whether to fire their bosses or keep them, flexible time, employees can work from anywhere. Most importantly “Semco’s standard policy is no policy,” Semler claims. If you are thinking this company would have doomed to fail, here is something for you to read:

Semco's revenues have jumped from $35 million to $212 million in the last six years, and the firm grew from several hundred employees to 3,000—with employee turnover of about 1 percent. The privately held firm has eight businesses, or, says Semler, "nine, depending on the week," having expanded into outsourcing management (for four of Brazil's five biggest banks), to environmental site remediation and engineering risk management. extracted from CIO Insight.

Adults should be treated as adults and when there is freedom, work gets done. The company doesn’t have a mission statement.

Semler says Semco’s unwritten policy is “to find a gratifying way of spending your life doing something you like that is useful and fills a need.” But the company doesn’t call this philosophy a mission statement, since Semler believes that by not writing it down, employees are obliged to think about what they’re doing. He also feels that when his people are given freedom, they’ll do whatever it takes to get the job done. Extracted from the Conference Board

So Chooties and I decided to this democracy and behave like adults. At the apartment there is no rule that governs who does what. Whatever ever we think is our share of work we do it. Now we do loads of cooking and still the apartment is clean, nothing is kept to wash later, we eat like kings everyday, and most importantly work gets done.

One of my colleagues sent me an interesting mail which goes on about how different words and phrases in English came into existence. Here is an example:


In ancient England a person could not have sex unless you had the consent of the King (unless you were in the Royal Family). When anyone wanted to have a baby, they got consent of the King & he gave them a placard that they hung on their door while they were having sex. The placard had F.U.C.K. (Fornication Under Consent of King) on it. Now you know where that came from.


Even though it was interesting to read, I wondered whether these claims are supported by facts. As a result I decided to call up my research assistant (Google) and requested it to give me some information about this claim. Here is what it came up with for me.

It seems that there are variations of this claim, also are in existence. However after listing those variations, about.com dismisses the above claims as imaginative bunk.

Hmmm, if you haven’t heard of this four letter word before (which is highly unlikely) here is a reference from Wikipedia, which I hope will enable you to increase the usage of this word in day to day activities in appropriate contexts :-)

More reference: What's the origin of the "F" word?

I endded up at Gmail Program Policies page when I was trying to submit a request to them. Since Two things caught my eyes under the section Prohibited Actions.

This is PNCC logo at the entrance of their building. This picture was taken at night and then digitally enhance.

Here is the original picture unedited version, straight off from my camera: 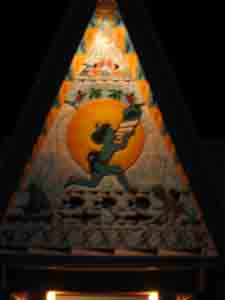 Past 5 days heavy rain and strong wind seems to be dominating Palau and I have not been able to see sun and generate some vitamin D for myself lately. I just went out of PNCC and took a picture with my new Canon S50: 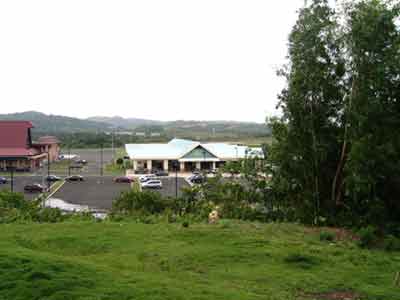 And then transformed into this using Photoshop 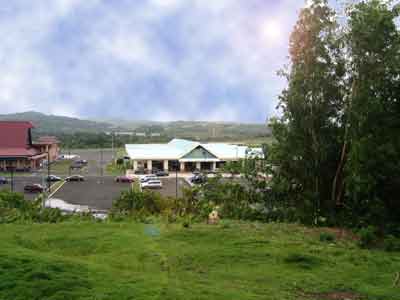 Now we have some clear sky and sun, don’t we? at least in the picture. At this moment this is the best I can do to show you how Palau might look under sun light :-)

"I don't even butter my bread; I consider that cooking"
Author: Katherine Cebrian


Finally the day arrived where my apartment mate and I decided to try our hands out in cooking rather than being the helping hands in washing and scrubbing of pots and pans. We tried out a recipe for tin fish dry (without gravy) curry {ok ok, we got to start somewhere :-)}, furnished by one of our colleagues and I wish to share it with you:

* Cut the onions, garlic and green chilies in to small pieces
* Heat up the pan, pour some oil
* After a minute or so put the onion and chilies to fry for about 3 minutes, till you get the flavor
* Take out the water in the tin fish and throw it away
* Put the tin fish in the pan and fry with the other stuff
* Add needed salt
* Fish curry ready to eat! in 10 minutes

Both of us tried it and we are happy to announce mission was successful and it went well with bread and margarine.

Our next mission is Dahl curry!!! Recipes are welcome.

After reading Dave’s article on “Pipelines”, I got hold of Programming Pearls by Jon Bentley. I came across a very interesting piece of text in the Column “The Back of the Envelope” where he talks about basic estimation skills. Here it is:

I first learned about the “Rule of 72” in a course on accounting. Assume that you invest a sum of money for y years at an interest rate of r percent per year. The financial version of the rule says that if r x y = 72, then your money will roughly double. The approximation is quite accurate: investing $1000 at 6 percent for 12 years gives $2012, and $1000 at 8 percent for 9 years gives $1999.

The rule of 72 is handy for estimating the growth of any exponential process. If a bacterial colony in a dish grows at the rate of three percent per hour, then it doubles in size every day.

Suppose that an exponential program takes ten seconds to solve a problem of size n=40, and that increasing n by one increases the run time by 12 percent (we probably learned this by plotting growth on a logarithmic scale). The rule of 72 tells us that the run time doubles when n increases by 6.
[By Jon Bentley, Programming Pearls, Column 7, Page 67]


Isn’t it interesting to see how rules from financial world can be applied to other real world estimations?

Can't I Take a Hint?

If someone always says, “I am busy and I will get back to you later” and never gets back on instant messaging, I am wondering whether to take it as a “leave me alone” hint. Probably that’s what it means I guess.

Update: Yes, It's confirmed, it was suppose to be a hint. Thank god for the network of contacts I have :-)