Hijacking relief - I hope this is not true

My father works for an NGO and the relief supply they sent to east were stopped by the police and redirected to a different area, but last minute they manage to call up a minister and things were sorted out. However now it seems like its happening in large scale. I really hope these reports are not true because when the country is uniting for one cause, it would be really sad if things to this nature spoil that sprit.

Today I heard more sad news as LTTE also have seems redirected some of the relief efforts going towards east to Mullaithivu.

However a group of Sinhalese people have carried the relief efforts, some 6 KM in the east so that it could reach some villages where the roads have been damaged so badly that the vehicles can't get through to those areas. There is always hope and hope is all we have.

Oxfarm has made a "Earthquake Tsunami Emergency Appeal" and collecting funds world wide to help the affected people. You can make a direct contribution. If you are living abroad and wondering how you could help, this might be one of those places you could make a difference.

P.S: Some updated links here about Tsunami in Sri Lanka

Tsunami has hit Sri Lanka badly and death toll is rising by the minute. It is a very unfortunate and tragic natural disaster. Death toll is already being reported at 5000, but yesterday one of the ministers in an unofficial interview with the media reported that he fears at least 10,000 dead in Trincomale alone. Something I didn’t see the news agencies reporting yesterday was the fact that Mullaitivu was affected badly, may be because they don’t have any reporter in that part of the country. However Tamilnet is reporting major devastation in Mullaitivu district. Most of the ships in Galle harbor seem to be damaged too. India has already dispatched relief efforts to Sri Lanka. In the news late night there were fears reported that another Tsunami might get generated since the earth quakes are still being generated in the same region close to Indonesia. I pray and hope that doesn’t happen. Sirasa, Shakthi and Channel One channels are doing a great job of brining the country together in the relief efforts.

Talk about luck and timing. When I was in transit in Singapore I had to get Chickenpox and I was not able to fly back to Sri Lanka. My mom had to come over to look after me and it was hell being locked up in hotel room for 10 days. Believe me it was hell. Initially I was not even able to talk because I was weak and had blisters inside mouth but later I got better. Thanks for all the relatives and friends who called and spoke to me since that was the only non-boring time in those 10 days lock up.

Now you know why I have been silent all these days in the blog space. I had already made payments for an ADSL connection for my home. Looks like I will not be getting the connection till next Monday. I wish I had it when I came home so that it wouldn’t have been so boring being at home. However once I get the connection and once I go WI-FI, it will be party time :-)

I don’t regret much getting sick except for the fact that it would have been much better if it was in Sri Lanka rather than Singapore. At least now I know who and what institutions I can depend on when I need them which I wouldn’t have known if not for chickenpox. Thanks for all of you who helped me and my family in sevaral ways while I was sick. It meant a lot for us.

Whilst on some last minute configuration on the live server, the IS manager walks upto me with this frightened look on her face and says “Rodopi (ISP Provisioning System) is not working and there is an emergency meeting now. You are not going home tomorrow, I am going to call your project manager and ask him to cancel the ticket.”

I just smiled and wondered how I became responsible for Rodopi going down. She really got me in a state of confusion for awhile.

Ultimately this was all about a small surprise farewell party organised for Chootiya and myself by the PNCC.

This really made my day folks, I was really happy. It was always fun working with you all.

My heartfelt gratitude to Brenda, Meth, Jesse, Asailee, Ashmen, Olando, Sherman, Myers and and all the other PNCC staff who helped us in many ways.

Thank you once again.


Taken on the trip to Waterfall - Palau 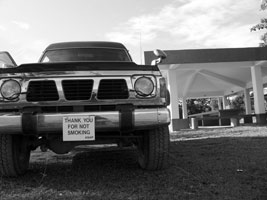 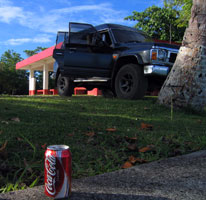 Most modern programming languages do not consider white space characters (spaces, tabs and newlines) syntax, ignoring them, as if they weren't there. We consider this to be a gross injustice to these perfectly friendly members of the character set. Should they be ignored, just because they are invisible? Whitespace is a language that seeks to redress the balance. Any non whitespace characters are ignored; only spaces, tabs and newlines are considered syntax. 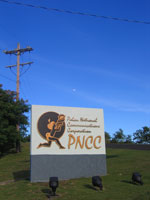 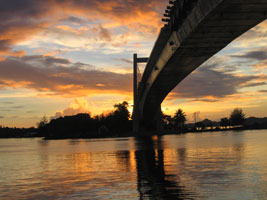 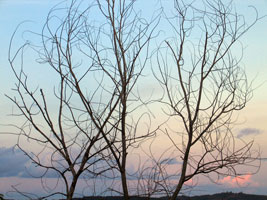